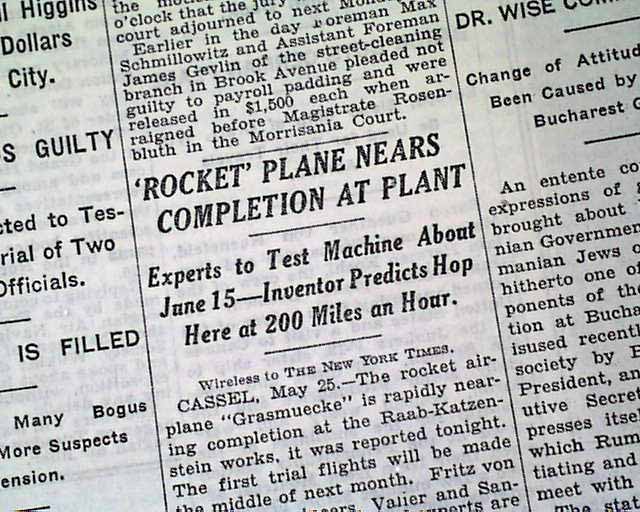 This 36 page newspaper has one column headlines on page 4:
"'ROCKET' PLANE NEARS COMPLETION AT PLANT" "Experts to Test Machine About June 15--Inventor Predicts Hop Here at 200 Miles and Hour" and more. (see) Tells of the upcoming 1st flight a rocket powered aircraft.

WIKIPEDIA NOTES: The Ente (German: duck) was the world’s first rocket-powered full-size aircraft. It was designed by Alexander Lippisch as a sailplane and first flown under power on June 11, 1928, piloted by Fritz Stamer.