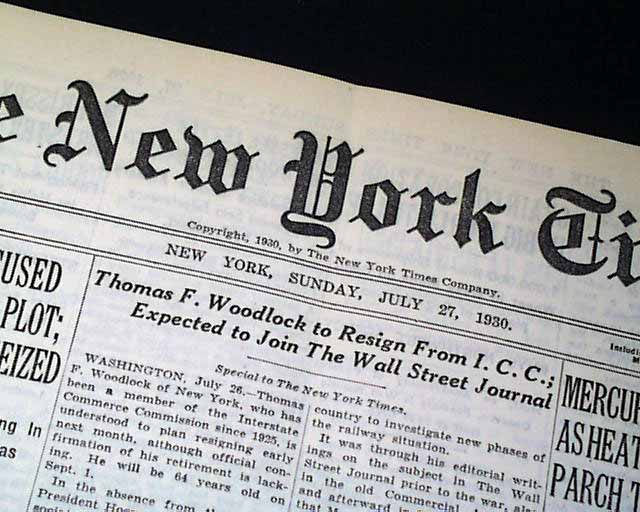 This 100+ page newspaper has small one column headings on page 14: "$100,000 FOR ROCKET TEST" and "Daniel Guggenheim Assures Backing for Goddard's Experiments".

source: wikipedia: Robert Hutchings Goddard, Ph.D. (October 5, 1882 – August 10, 1945), U.S. professor and scientist, was a pioneer of controlled, liquid-fueled rocketry. He launched the world's first liquid-fueled rocket on March 16, 1926. From 1930 to 1935 he launched rockets that attained speeds of up to 885 km/h (550 mph). Though his work in the field was revolutionary, he was sometimes ridiculed for his theories. He received little recognition during his lifetime, but would eventually come to be called one of the fathers of modern rocketry for his life's work.