Home > Back to Search Results > On the 1929 Founding of television...
Click image to enlarge 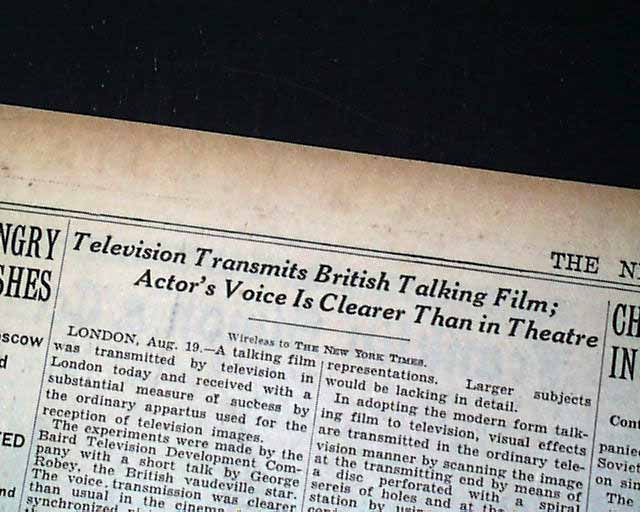 This 56 page newspaper has a two column headline on page 5: "Television Transmits British Talking Film; Actor's Voice Is Clearer Than in Theatre".

Very significant reporting during the founding of television, an invention which would change not only the worlds of entertainment & communication forever, but society as well.

A significant issue for any collector of television history. Other news, sports and advertising of the day throughout. Minor margin wear, otherwise in good condition.