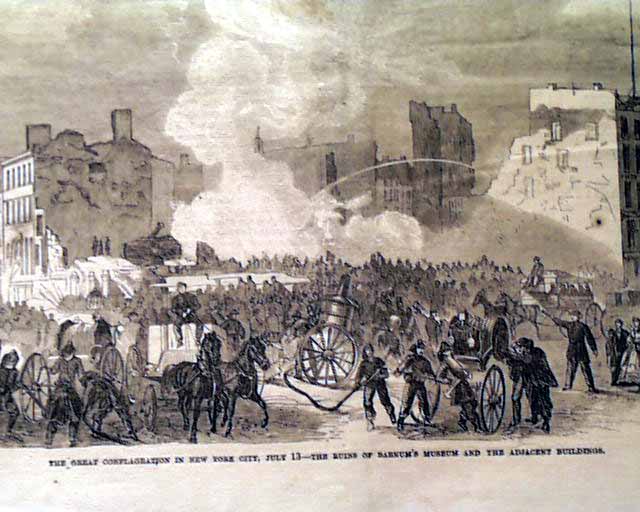 The ftpg. has 2 prints of the great fire at Barnum's Museum in New York City (see). Plus the doublepg. centerfold is a large & very dramatic print showing Barnum's building on fire, with hundreds of spectators & firemen--including fire engines--in the foreground. Inside has prints of: "The Tropical Fruit Trade...Unloading Cargoes at Burling Slip, New York" and "Buying & Selling Tropical Fruits at Burling Slip".
Complete in 16 pages, never bound nor trimmed, some dirtiness & foxing, including at the centerfold (see), with some margin tears.