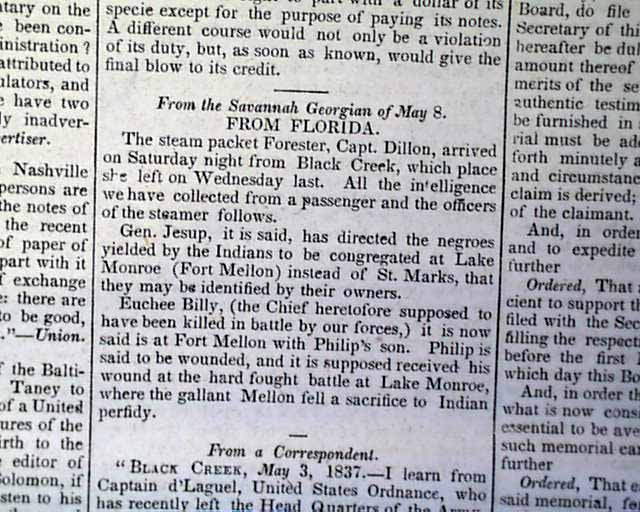 
THE GLOBE, Washington, May 12, 1837 A page 3 report "From Florida" says: "Gov. Jesup...has directed the negroes yielded by the Indians to be congregated at Lake Monroe (Ft. Mellon) instead of St. Mark's.... Euchee Billy (the chief supposed to have been killed by our forces) it is now said is at Ft. Mellon with Philip's son. Philip is...wounded & it is supposed [he] received the wound at the...battle at Lake Monroe...". Also on page 3 is the report on the lowering of the price and value of land and slaves in Mississippi. Other news and advertisements, some of which are illustrated, are included.

This is complete in four pages with some lite foxing and slight irregular margin, otherwise in good condition.