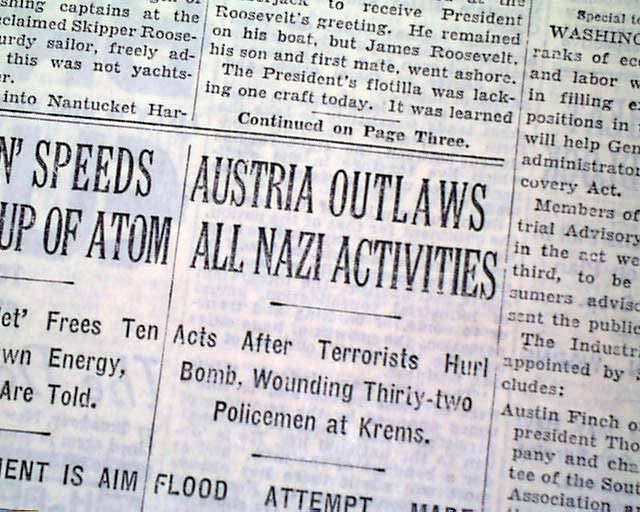 This 38 page newspaper has one column headlines on the front page that include: "AUSTRIA OUTLAWS ALL NAZI ACTIVITIES", "Acts After Terrorists Hurl Bomb Wounding Thirty-two Policemen at Krems" and more (see images). This tells of Austrian dictator banning all Nazi related activities in his country. He would assassinated about a year later.

An article in the Sports Section includes a photo of Lou Gehrig in which he "Leads In Hitting Home Runs" (see image).

Other news of the day, sports and advertising throughout. Rag edition in great condition.