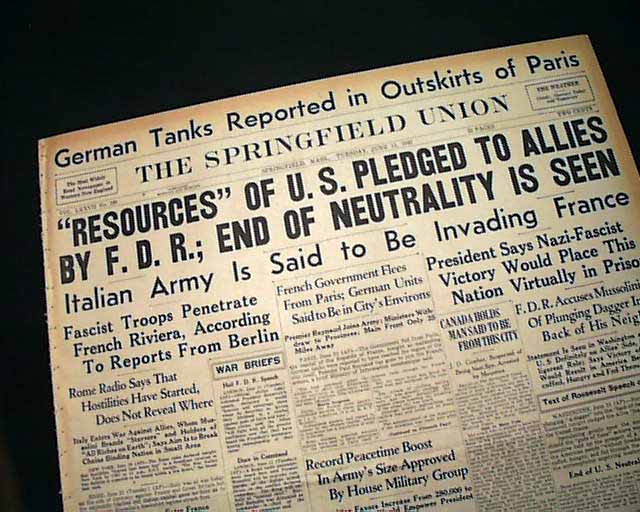 This 22 page newspaper has a banner headline on the front page: "Italian Army Is Said to Be Invading France" with subheads (see photos).

Other news, sports and advertisements of the day with much on World War II. Light browning, otherwise in good condition.