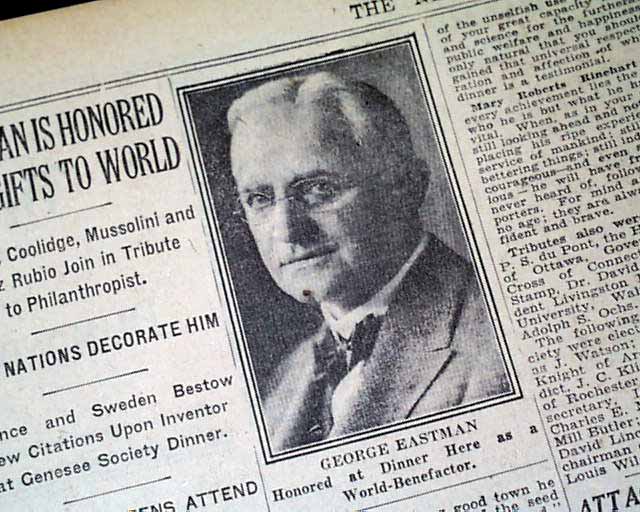 This 44 page newspaper has one column headlines on page 4 that include: "EASTMAN IS HONORED FOR GIFTS TO WORLD", "Hoover, Coolidge, Mussolini and Ortiz Rubio Join in Tribute to Philanthropist", "Two Nations Decorate Him", and more which includes a photo of Eastman (see images).