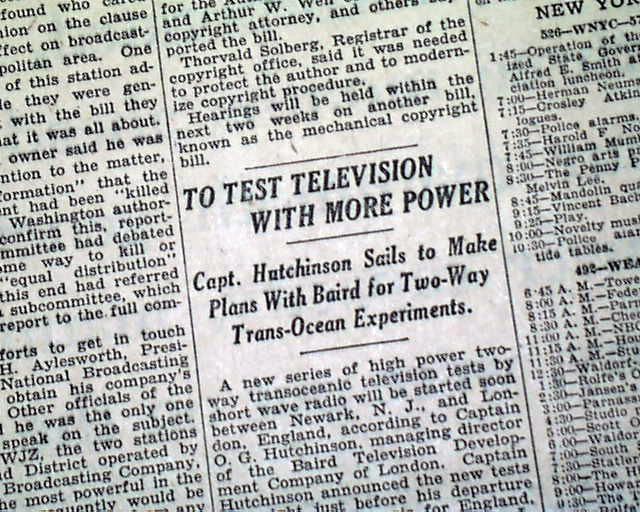 This 36 page newspapers has one column headlines on page10: "TO TEST TELEVISION WITH MORE POWER" "Capt. Hutchinson Sails to Make Plans With Baird for Two-Way Trans-Ocean Experiments"

A significant issue for any collector of television history. Other news of the day throughout. Light browning, minor margin wear, otherwise in good condition.