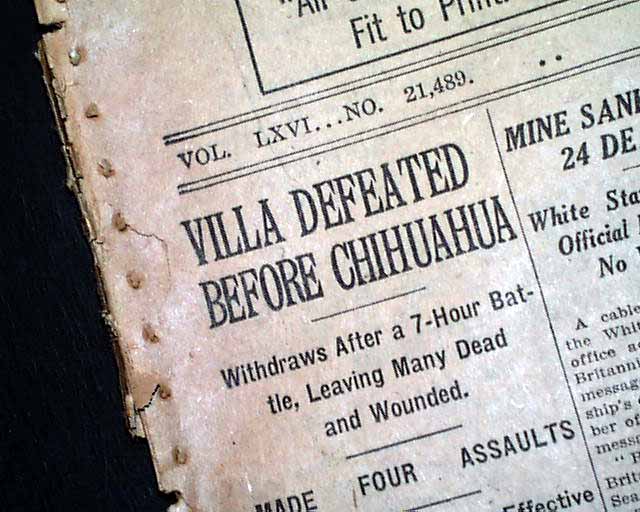 THE NEW YORK TIMES, November 24, 1916  This 24 page newspaper has one column headlines on the front page that include: "VILLA DEFEATED BEFORE CHIHUAHUA", "Withdraws After a 7-Hour Battle, Leaving Many Dead and Wounded", "Made Four Assaults", "Trevino's Heavy Guns Effective in Routing Bandits, Who Had No Artillery" and more (see photos).

Other news of the day. Usual browning with little margin wear, should be handled with care.