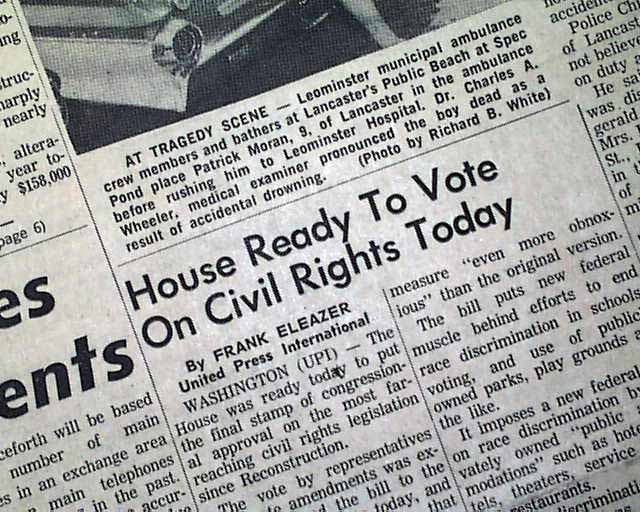 This 10 page newspaper has a two column headline on the front page:
"House Ready To Vote On Civil Rights Today" which tells of this historic act would be signed by President Lyndon B. Johnson on this day.

Other news of the day including various advertising. Some tiny binding holes along the spine, but otherwise in good condition.

source: wikipedia: "The Civil Rights Act of 1964, enacted July 2, was a landmark piece of legislation in the United States  that outlawed major forms of discrimination against blacks and women, and ended racial segregation in the United States. It ended unequal application of voter registration requirements and racial segregation in schools, at the workplace and by facilities that served the general public."