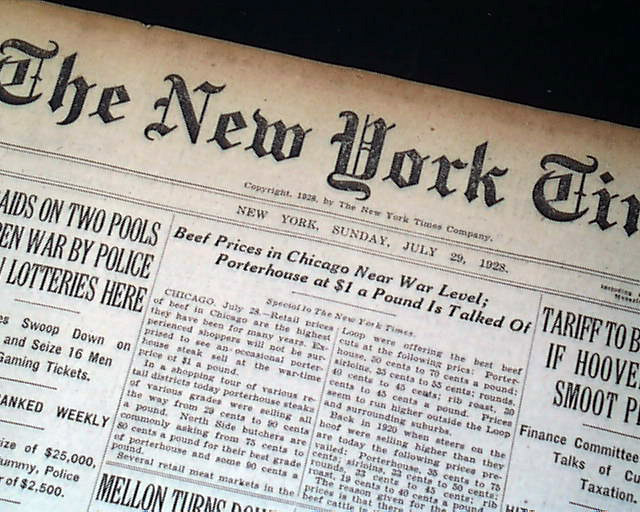 Page 5 has a one column heading: "Launch Television Here"

A significant issue for any collector of television history. Other news of the day throughout. Complete in 100+ pages, light browning with minor spine wear, otherwise in good condition.