Home > Back to Search Results > On the 1926 Founding of television...
Click image to enlarge 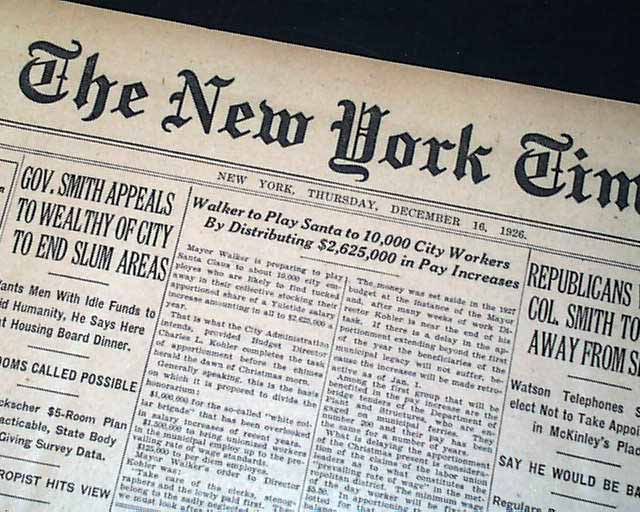 The front page has one column headlines that include: "PREDICTS VISION ACROSS THE OCEAN" "New Projector Described Which Paints, as it Were, by Light Flashes From Mirrors" and more. (see) Report continues on page 2. Other news of the day.

A significant issue for any collector of television history. Complete in 56 pages, usual browning with some margin wear, otherwise good. Should be handled with care.