Home > Back to Search Results > On the 1926 founding of television...
Click image to enlarge 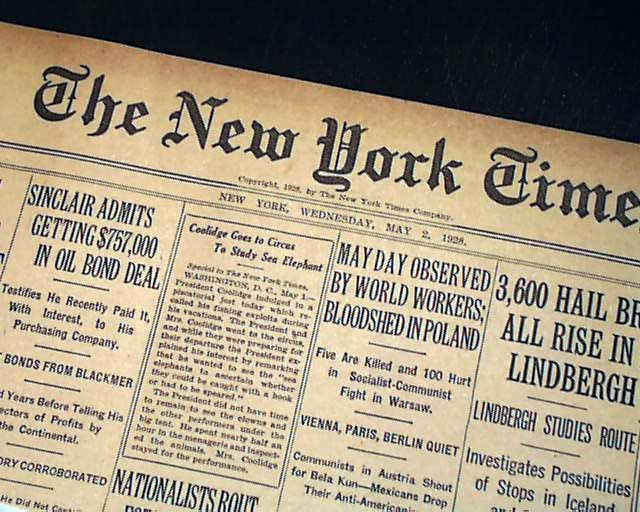 Page 16 has one column headlines that include: "TELEVISION CHAIN TO BE FORMED HERE", "American Purchasers of Baird Rights Say Entire Continent Will Ultimately Be Covered". See photos for text. Other news, sports and advertisements of the day throughout.

A significant issue for any collector of television history. Complete in 52 pages, usual browning with some spine wear, otherwise good.