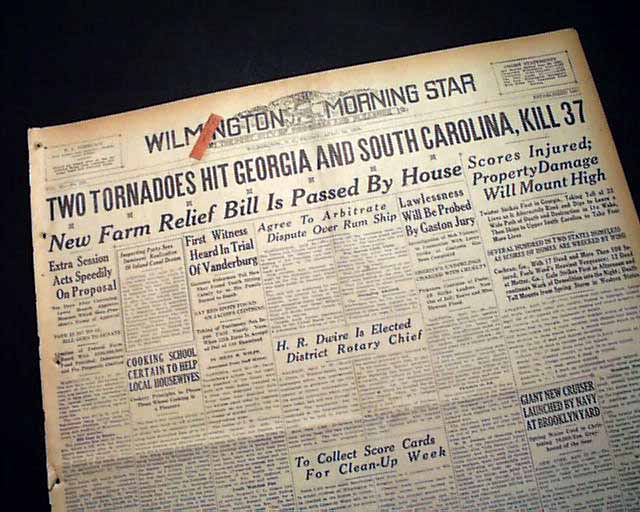 This 16 page newspaper has a banner headline on the front page: "TWO TORNADOES HIT GEORGIA AND SOUTH CAROLINA, KILL 37" with subheads (see photos).

Tells of the tornado outbreak in Georgia and South Carolina in which the city of Statesboro, Georgia was hardest hit. 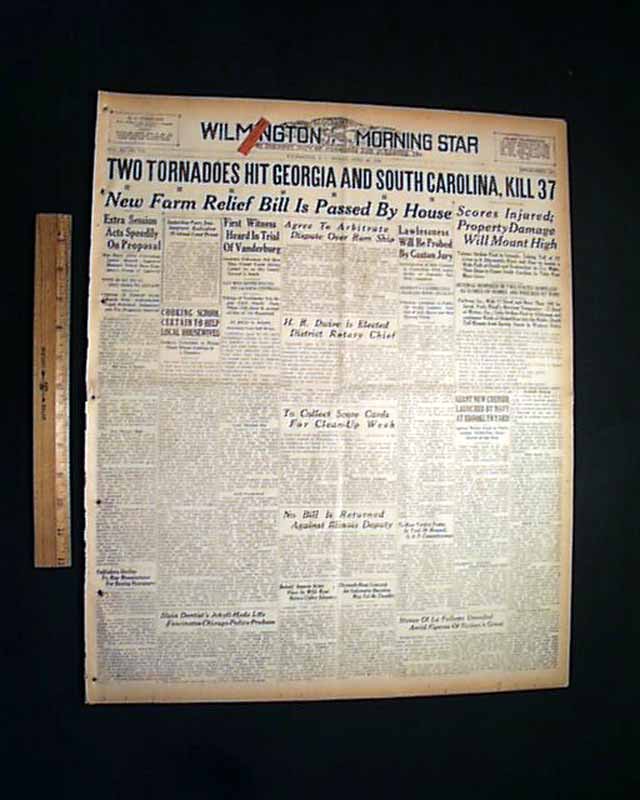 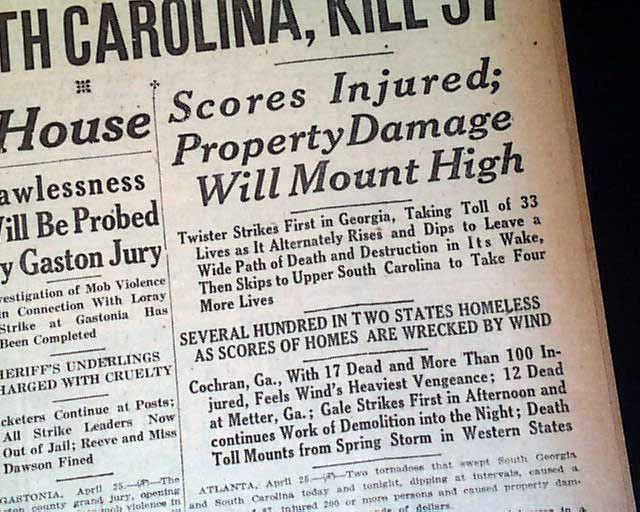 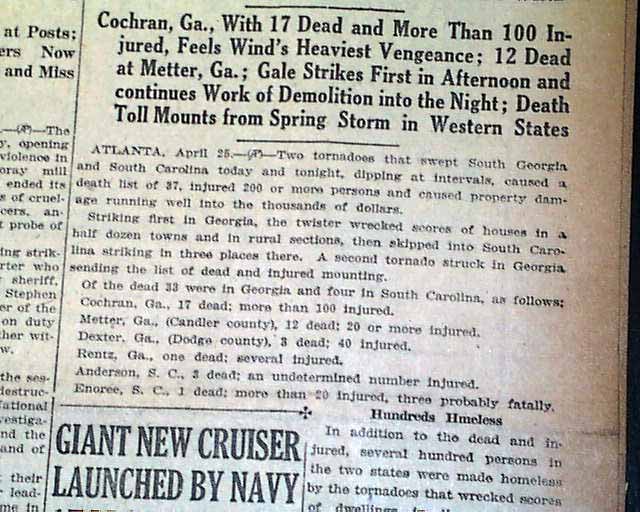 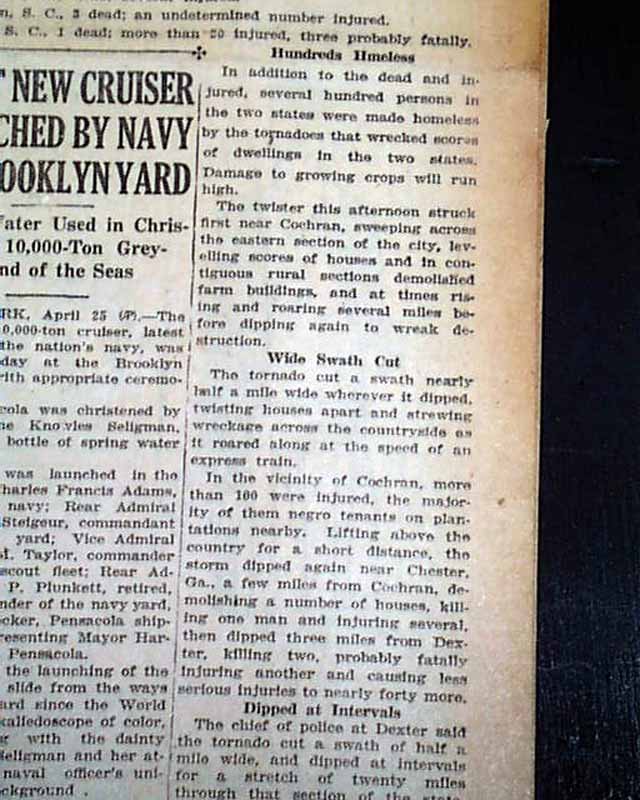