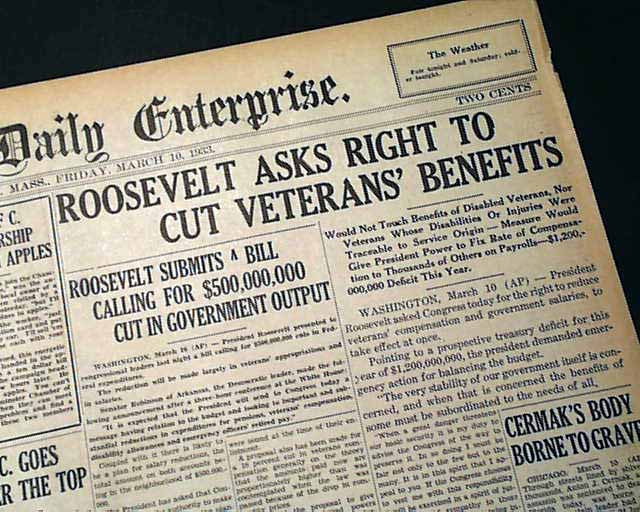 This 8 page newspaper has a four column headline on the front page: "ROOSEVELT ASKS RIGHT TO CUT VETERANS' BENEFITS" with subhead. (see)