Home > Back to Search Results > President Wars On Gangland In 1930...
Click image to enlarge 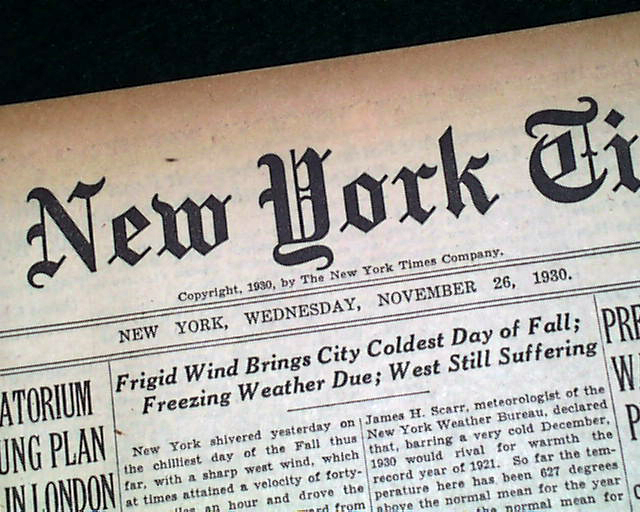 This 44 page newspaper has a three line, one column headline on the front page: "PRESIDENT DEMANDS WAR ON GANGSTERS; PUTS DUTY ON STATES", with subheads. This was during the time Al Capone was in power.
Other news of the day throughout. The issue is complete and has some light browning, a little margin chipping, otherwise in good condition.