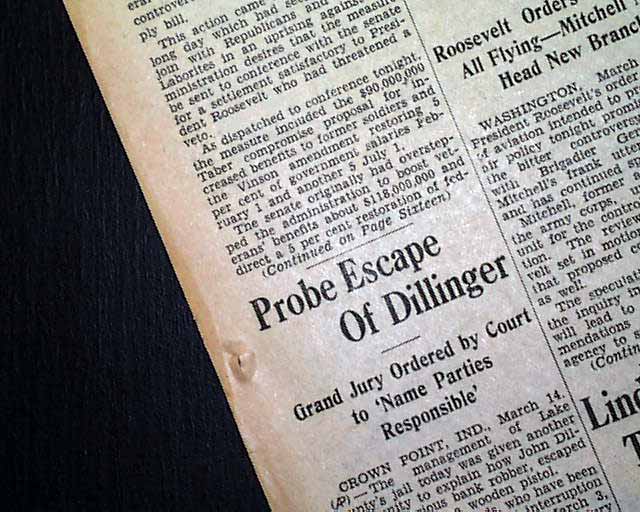 The front page has one column headlines: "Probe Escape Of Dillinger", "Grand Jury Ordered by Court to 'Name Parties Responsible'". This was one of the most famous escapes from a high security jail in United States history.

Complete in 34 pages with a few binding slits along the left spine, light browning, otherwise good.

Dillinger further embarrassed the town, as well as then-42-year-old Sheriff Lillian Holley, by driving off in her brand new V-8 Ford. The press augmented her chagrin with such headlines as: "Slim woman, mother of twins, controlled Dillinger as sheriff."[3]

Incensed, Holley declared at the time, "If I ever see John Dillinger again, I'll shoot him dead with my own gun. Don't blame anyone else for this escape. Blame me. I have no political career ahead of me and I don't care."