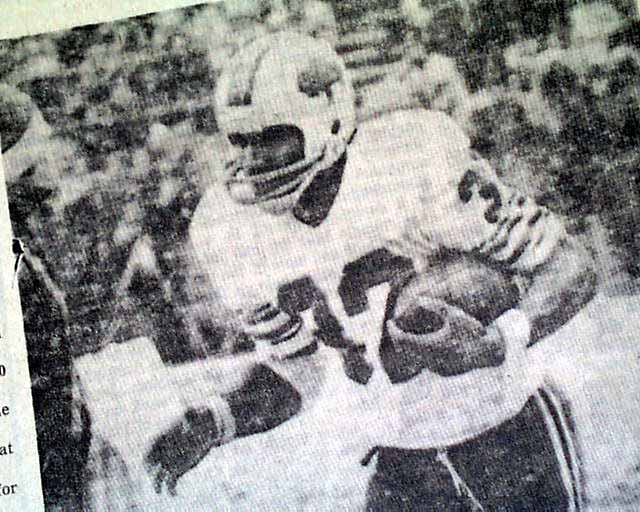 This 28 page newspaper has a six column headline on page 13: "O.J.'s Odyssey Ends at 2003" with nice photo of Simpson running off the field after the game.

A historic NFL record that is still unmatched till this day (14 games). This is probably one of the most famous season records that was broken in NFL football

Other news of the day throughout including various advertising. Little spine wear, otherwise in very nice condition.

Originally attaining a public profile in sports as a running back at the collegiate and professional levels, Simpson was the first NFL player to rush for more than 2,000 yards in a season, a mark he set during the 1973 season. While five other players have passed the 2,000 rush yard mark he stands alone as the only player to ever rush for more than 2,000 yards in a 14-game season (the NFL changed to a 16-game season in 1978). He also holds the record for the single season yards-per-game average which stands at 143.1 ypg. Simpson was elected to the Pro Football Hall of Fame in 1985.