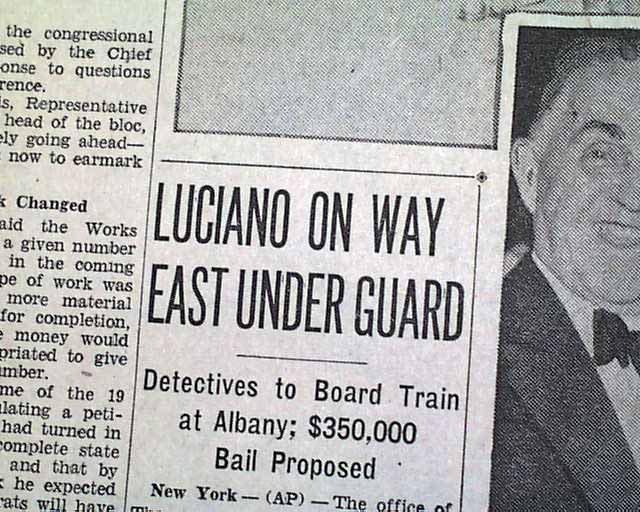 This 16 page newspaper has one column headlines on page 3: "LUCIANO ON WAY EAST UNDER GUARD", "Detectives to Board Train at Albany; $350,000 Bail Proposed"

This tells of the arrest of Charles "Lucky" Luciano for running a prostitution ring in New York City. This arrest would ultimately send him to prison for about 9 years.

Lucky Luciano ranks as the #1 successful gangster of all-time.