Home > Back to Search Results > Dispatches from the Secretary of War...
Click image to enlarge 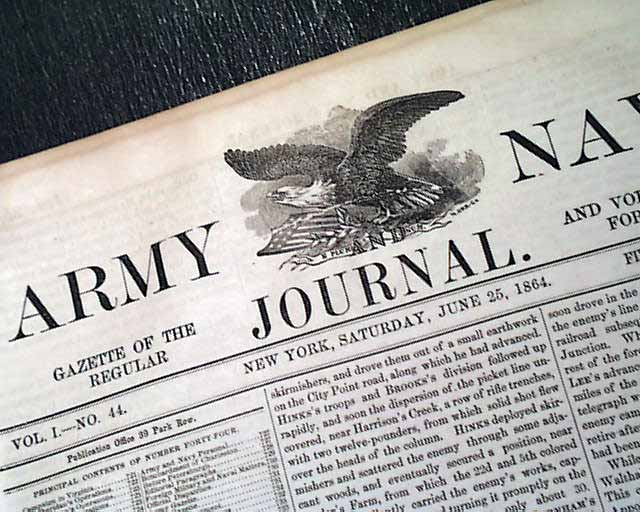 Dispatches from the Secretary of War...

As noted in the masthead this was the: "Gazette of The Regular & Volunteer Forces" and as such is replete with military news of all sorts. The entire ftpg. is taken up with: "The Campaign In Virginia". Among the articles within the issue are: "General Sheridan's Operations" "General Sherman's Operations" "General Hunter's Operations" "The Bombardment of  Charleston" "Before Petersburgh" which begins: "The city of Petersburgh successfully resists all the assaults of our army...". There is also a group of dispatches signed in type by: Edwin Stanton, Secretary of War, and others.
Sixteen pages, 10 by 14 1/2 inches, nice eagle in the masthead, nice condition.