Home > Back to Search Results > 1953 World Series of baseball...
Click image to enlarge 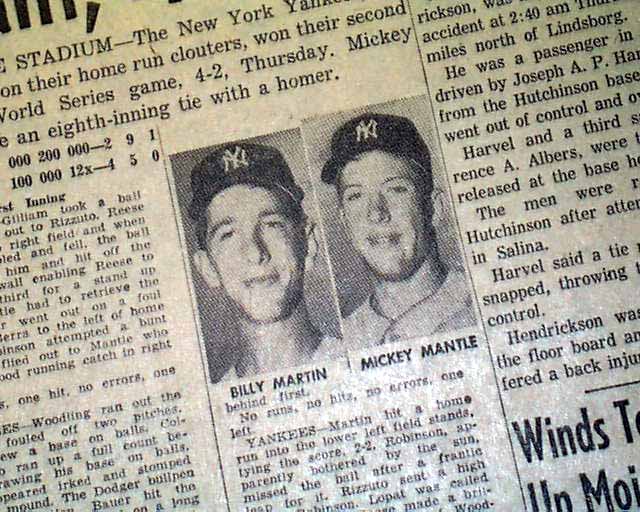 This 28 page newspaper has a two column headline on the front page:
"Yankees Win Again, 4-2" with inning by inning reporting and small photos of Mickey Mantle and Billy Martin. (see)

wikipedia notes: The 1953 World Series matched the four-time defending champion New York Yankees against the Brooklyn Dodgers in a rematch of the 1952 Series. The Yankees won in six games for their fifth straight title—a mark which has not been equalled—and their sixteenth overall. Billy Martin recorded his twelfth hit of the series scoring Hank Bauer in Game 6, and won the Series MVP.