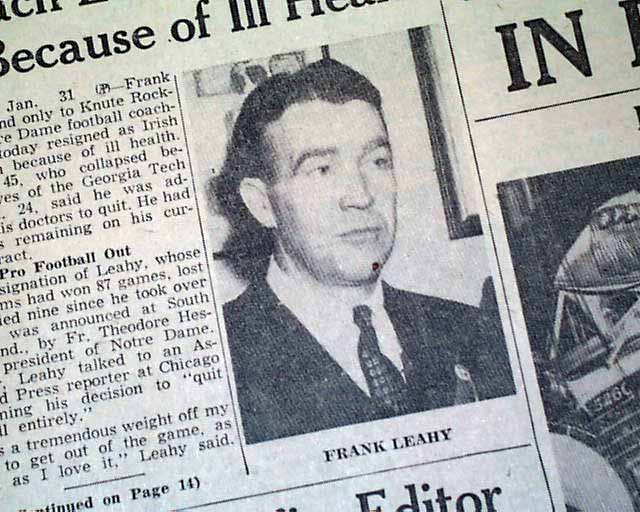 This 20 page newspaper has a nice banner headline on the front page above the masthead: "Leahy Resigns as Notre Dame Grid Coach" with subhead: "Notre Dame Football Coach Leahy Resigns Because of Ill Health" and photo (see photos).

Page 14 has a photo with caption: "Just After Leahy's Resignation"

This tells of Frank Leahy retiring as head coach of the Notre Dame Fighting Irish college football team. Leahy was one of the most successful coaches at Notre Dame. Rare for having such a nice headline on the front page.