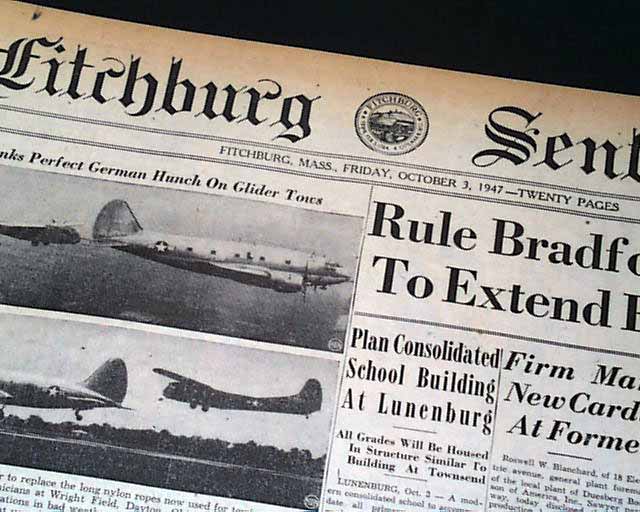 This 20 page newspaper has a two column photo on page 9 with caption: "When A Pinch-Hitter Hits A Homer" which refers to Yogi Berra's home run in game 3 of the World Series.

This was the very first home run hit by a pinch-hitter in World Series history.

Other news of the day including period advertising. This issue has a little spine wear, otherwise in good condition.

wikipedia notes: Lawrence Peter "Yogi" Berra (born May 12, 1925) is a former American Major League Baseball player and manager. He played almost his entire career for the New York Yankees and was elected to the baseball Hall of Fame in 1972. Berra was one of only four players to be named the Most Valuable Player of the American League three times and one of only six managers to lead both American and National League teams to the World Series.