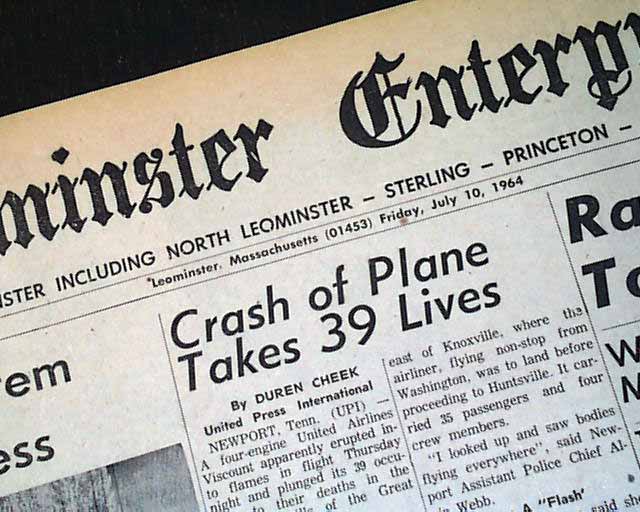 Also on the front page of this issue is a photo of Sen. Edward Kennedy and his wive, Joan, as he is being transferred from one hospital to another where he is recuperating from injures in a plane crash.