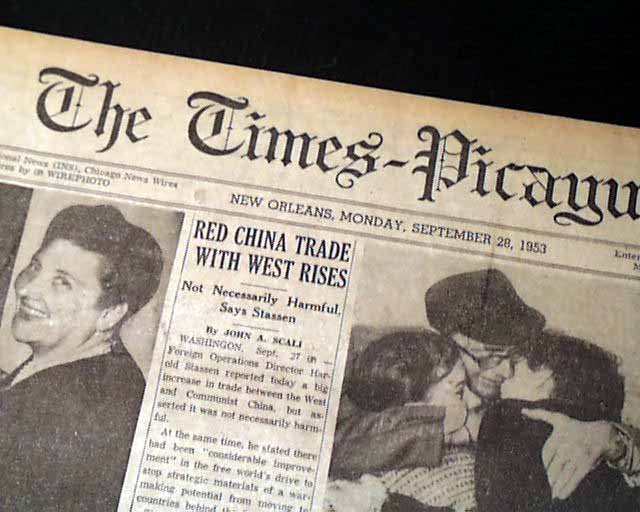 This 48 page newspaper has a banner headline on page 26: "American League Turns Down Transfer of St. Louis Browns' Franchise to Baltimore" with subheads and related photo. (see)

Also a one column headline on page 25: "Minoso's Double Wins For Chisox, 2-1" with box scores. (see)

This was the St. Louis Browns very last major league baseball game. Despite what the headline on page 26 suggests, the Browns would indeed move to Baltimore for the 1954 season as the Orioles.