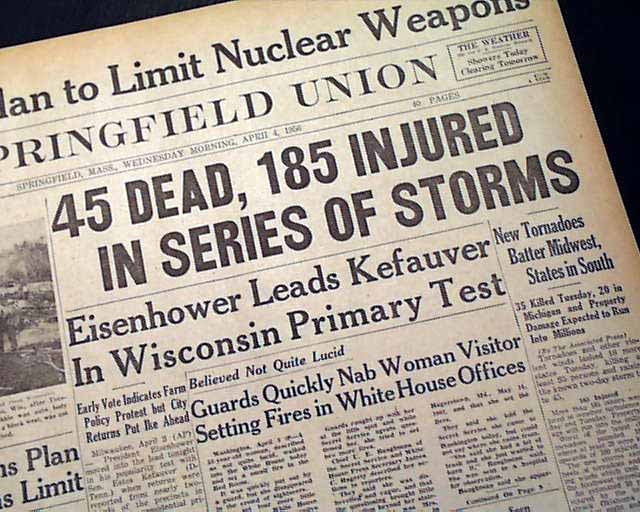 This 40 page newspaper has a five column headline on the front page: "45 DEAD, 185 INJURED IN SERIES OF STORMS" with subheads and related photo showing tornado damage in Berlin, Wisconsin. (see)

Tells of the 1956 Hudsonville-Standale tornado disaster. This tornado outbreak affected many other areas as well.