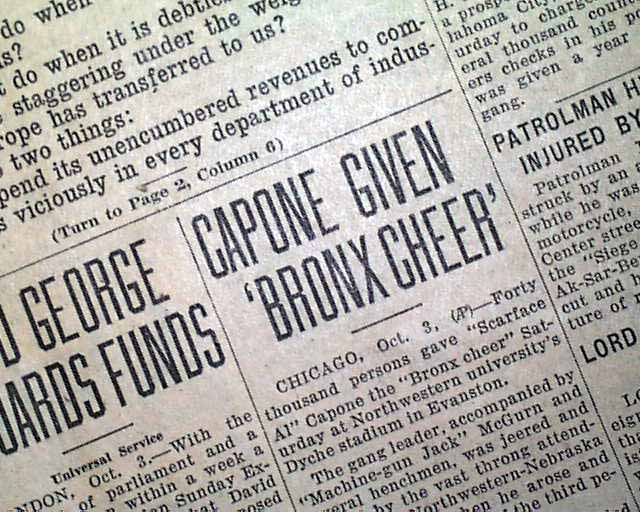 This 40 page newspaper has a one column headline on the front page: "CAPONE GIVEN 'BRONX CHEER'"

This tells of Al Capone and Jack McGurn being spotted by fans at Dyche Stadium (Ryan Field) during the Northwestern-Nebraska college football game.

Other news, sports and advertisements of the day. Light browning with some margin chipping, otherwise good.