Home > Back to Search Results > Early use of airplanes in the military...
Click image to enlarge 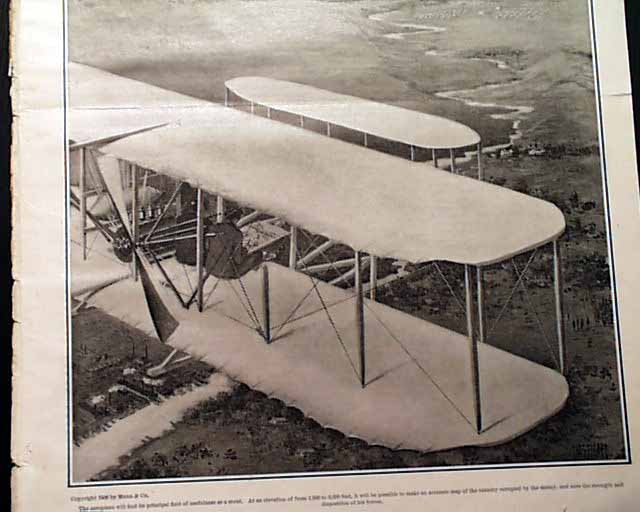 Early use of airplanes in the military...

The entire front page is a nice illustration captioned: "The Aeroplane Military Scout" being a nice print showing an early biplane in a military reconnaissance role. An inside page has a related article. A very nice display issue. Complete issue, very nice condition.