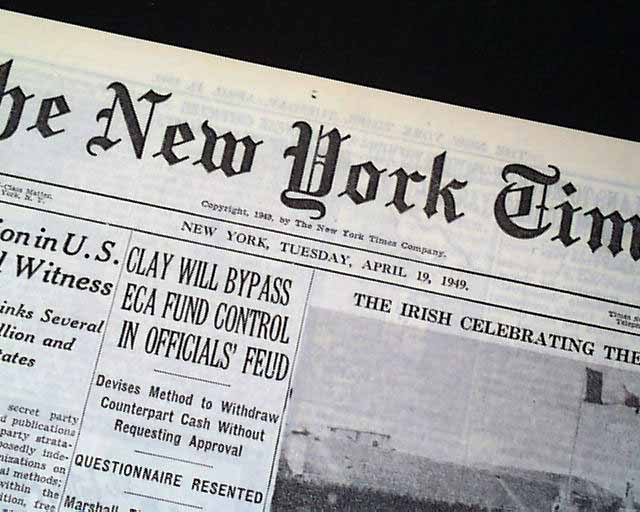 This 50 page newspaper has a six column headline on page 32:  "Yanks Play Senators While Giants Invade Brooklyn Today" with subheads that include: "Ruth Memorial, Unveiling Will Precede Yanks' Opener With Senators at  the Stadium" and more.

Other news of the day throughout including various advertisements. This rag edition is in great condition.

wikipedia notes: Prior to the opening day game at Yankee Stadium, the Yankees dedicate a granite monument to the recently deceased Babe Ruth in center field. Plaques honoring Lou Gehrig and Miller Huggins are also unveiled. Ruth's widow, Mayor William O'Dwyer, and Governor Thomas Dewey are among those in attendance who see the Yankees defeat the Senators, 3-2, on a two-out solo home run from Tommy Henrich in the bottom of the 9th. Gene Woodling plays center field in place of the injured Joe DiMaggio.