Home > Back to Search Results > Lou Gehrig has a field day....
Click image to enlarge 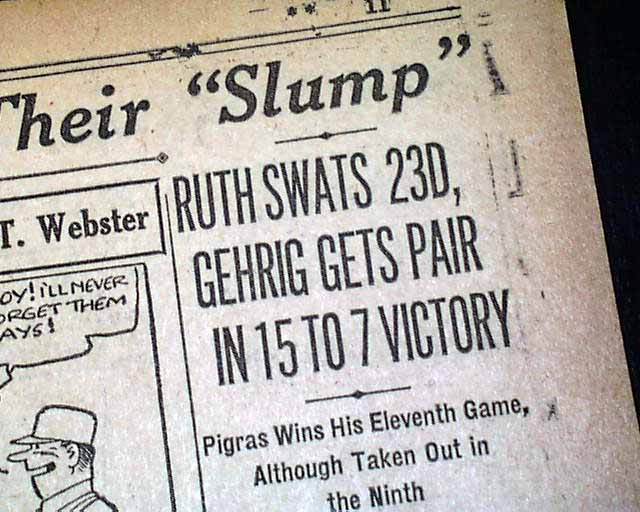 Lou Gehrig has a field day....

This 30 page newspaper has a three column headline on page 11: "Yankees End Their 'Slump'" with subheads that include: "RUTH SWATS 23D, GEHRIG GETS PAIR IN 15 TO 7 VICTORY" and more.

Tells of Lou Gehrig collecting 14 total bases while hitting 2 home runs and 2 triples in one game. Great to have in this NYC title.

Also a Babe Ruth editorial on the same page.

Other news of the day throughout . Light browning with minor margin wear, otherwise in good condition.