Home > Back to Search Results > Whitey Ford gets 1st victory in MLB...
Click image to enlarge 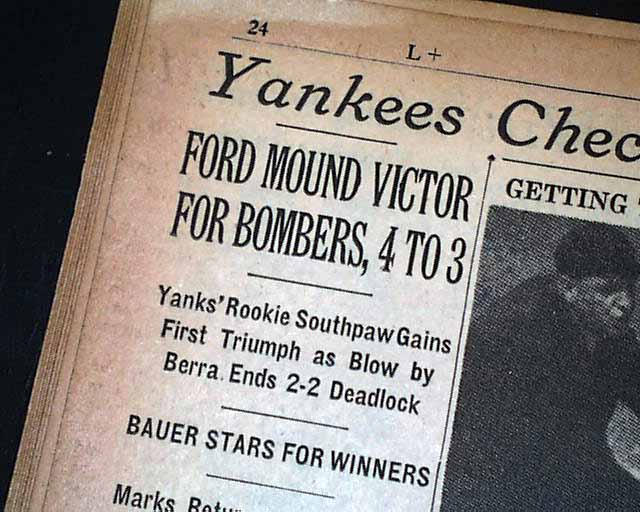 This 48 page newspaper has a banner headline on page 24:

with subheads that include: "FORD MOUND VICTOR FOR BOMBERS, 4 TO 3" "Yanks' Rookie Southpaw Gains First Triumph as Blow by Berra Ends 2-2 Deadlock" and more.

Tells of the very first victory of Whitey Ford in MLB baseball. Nice to have in this famous NYC title.

Other news of the day throughout. Light browning with some clippings cut out on unrelated inside pages, otherwise good.