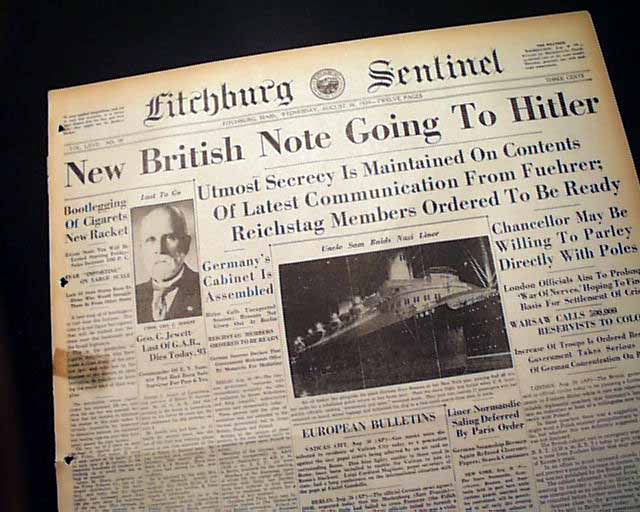 This 12 page newspaper has a banner headline on the front page: "New British Note Going To Hitler" with subheads and related photo.