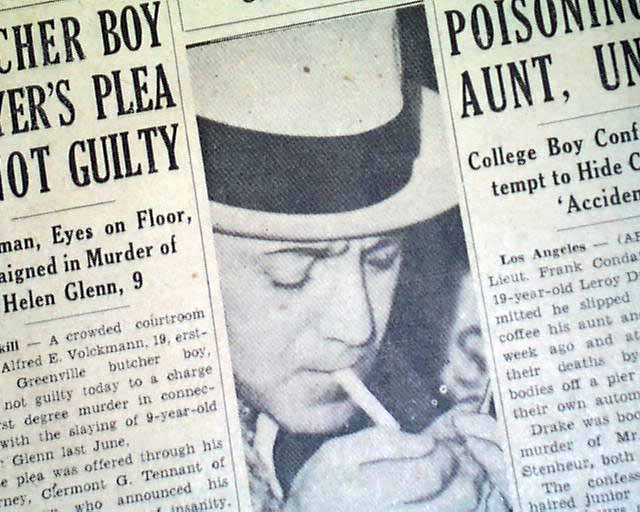 This 34 page newspaper has one column headlines on the front page:  "SCHULTZ 'HICK TOWN' CAPTIVE", "Perth Amboy Police Capture Racketeers--U.S. Moves to Get Him" with photos of Shultz (see photos). Tells of Dutch Shultz's arrest for income tax invasion. He would be killed 1 month later.

Other news of the day throughout including various advertisements. The paper has light browning with a little spine wear but is otherwise in good condition. 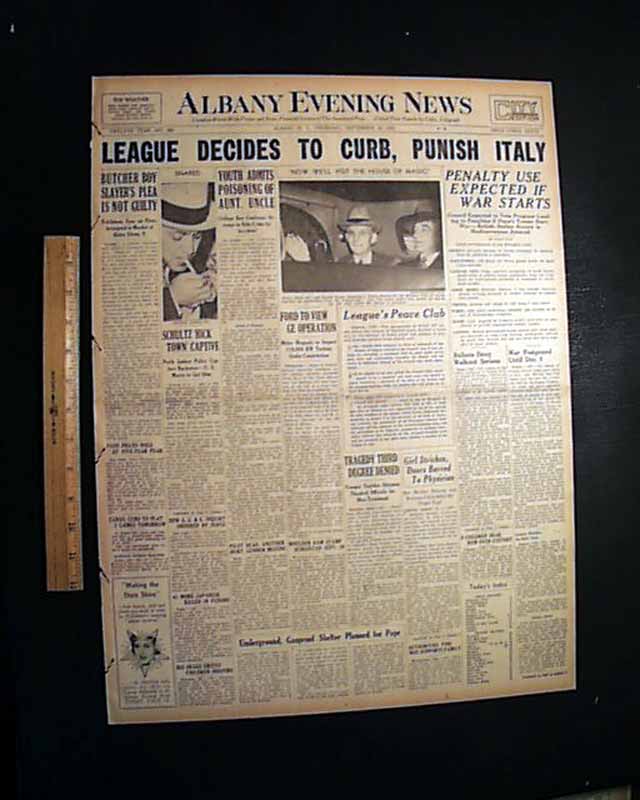 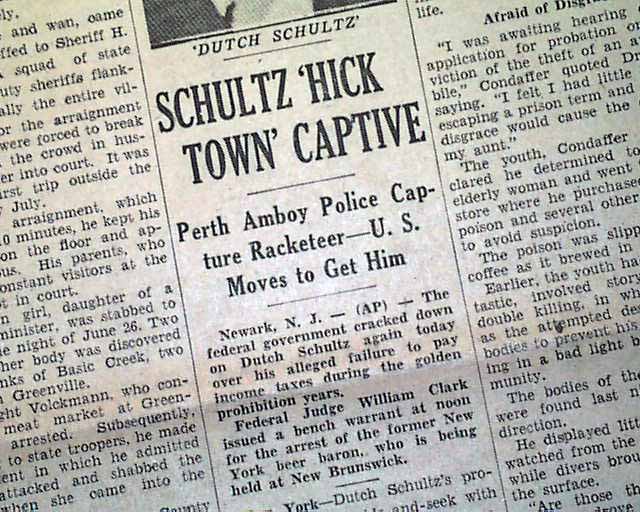 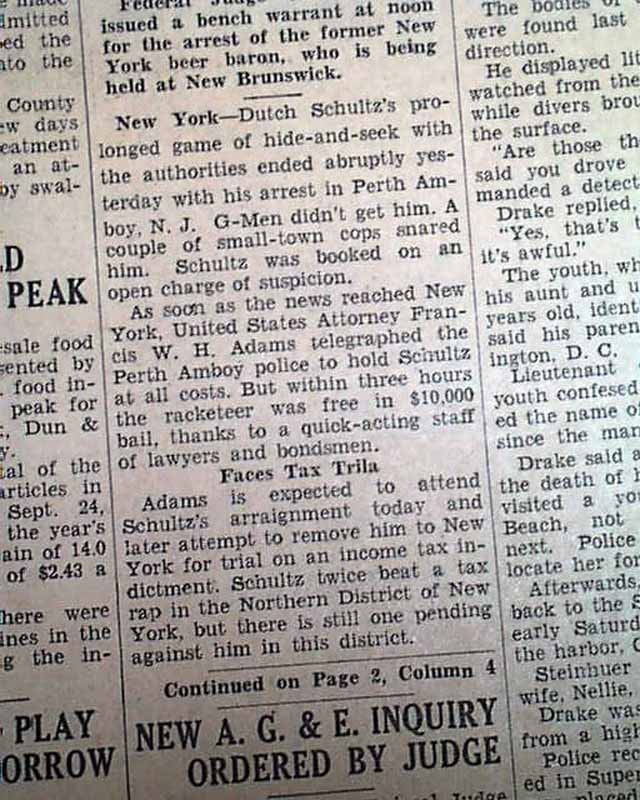 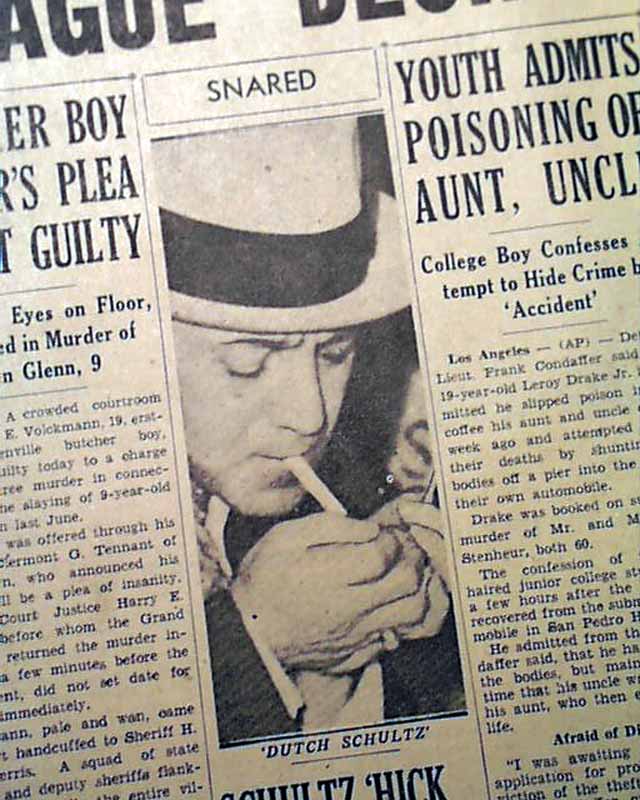 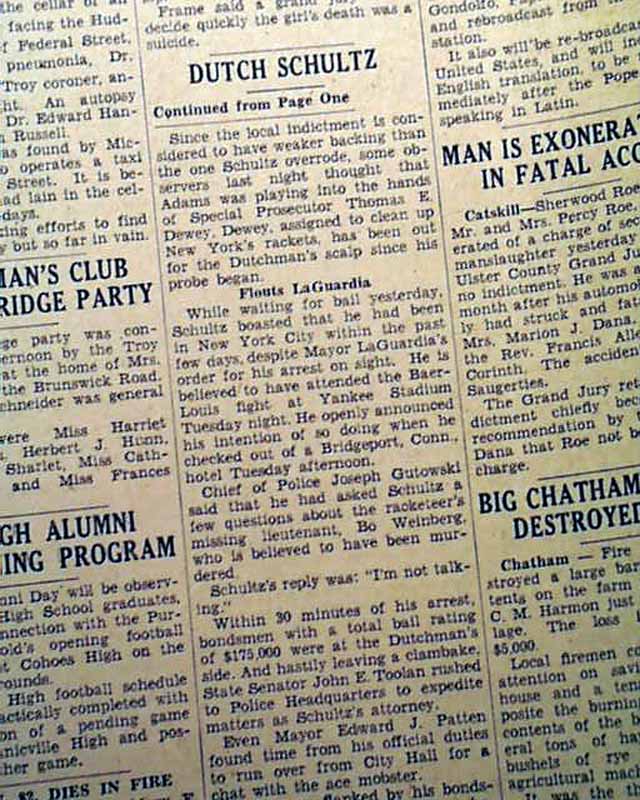 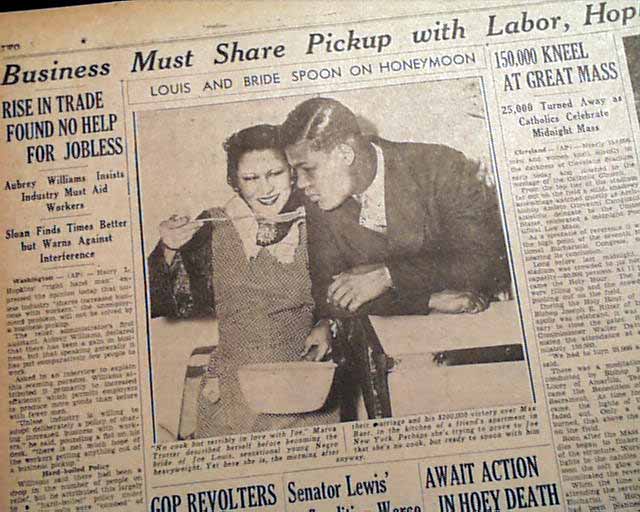