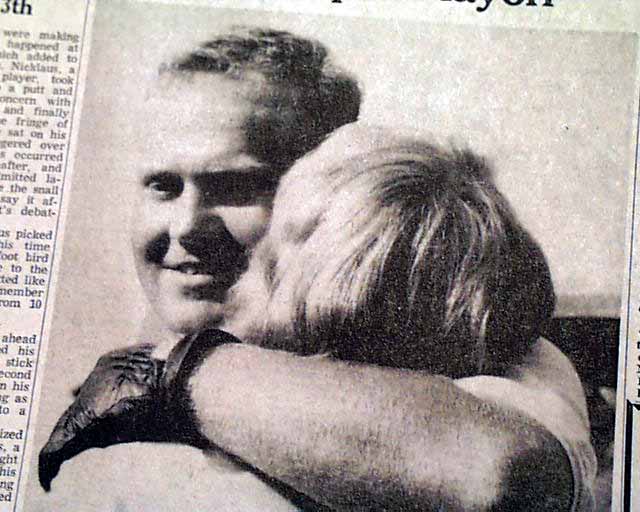 This 22 page newspaper has two column headlines on the front page that include: "Nicklaus Tops Palmer In U.S. Open Playoff" and more. (see)

More in the sport's section on page 14 with headlines and photos. (see)

Tells of the final day at the 1962 U.S. Open Golf Championship in which Jack Nicklaus won for the 1st time.