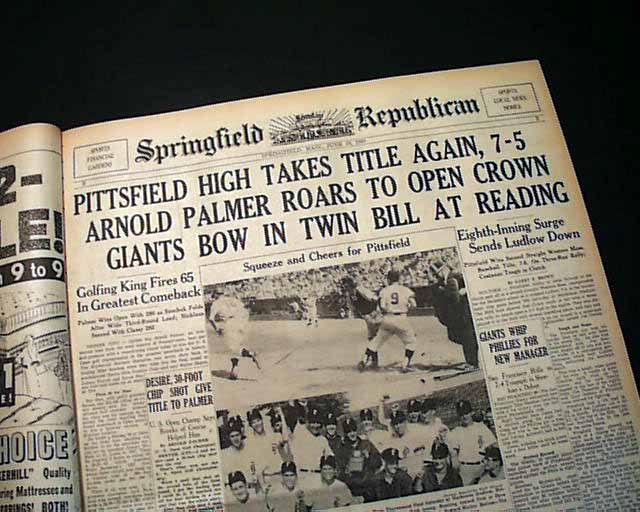 This 60+ page newspaper has a very nice banner headline on the front page of the sport's section: "ARNOLD PALMER ROARS TO OPEN CROWN" with subheads that include: "Golfing King Fires 65 In Greatest Comeback" and more with related photo on page 3. (see)


Tells of the final day at the 1960 U.S. Open Golf Championship made famous for Arnold Palmer's fantastic comeback for the win.