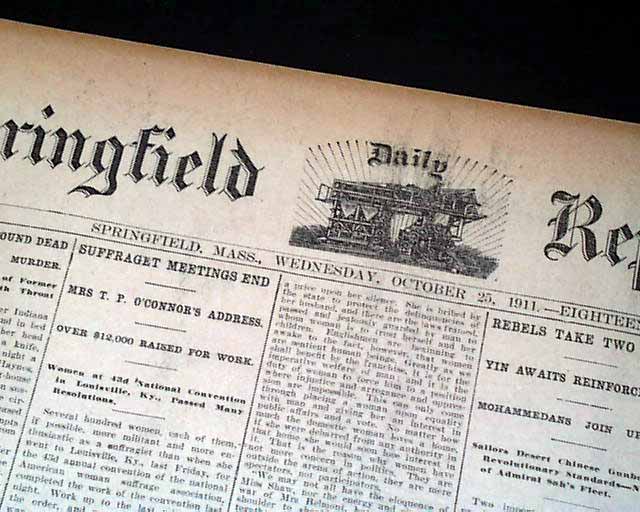 This 18 page newspaper has one column headlines on  the front page that include: "GIANTS AGAIN TUMBLE" "MATHEWSON POUNDED HARD" "BENDER CUNNING AFTER START" and more. Reporting continues onto page 2 with box scores and photo of Chief Bender. (see)

Usual browning with little some wear. Should be handled with care.