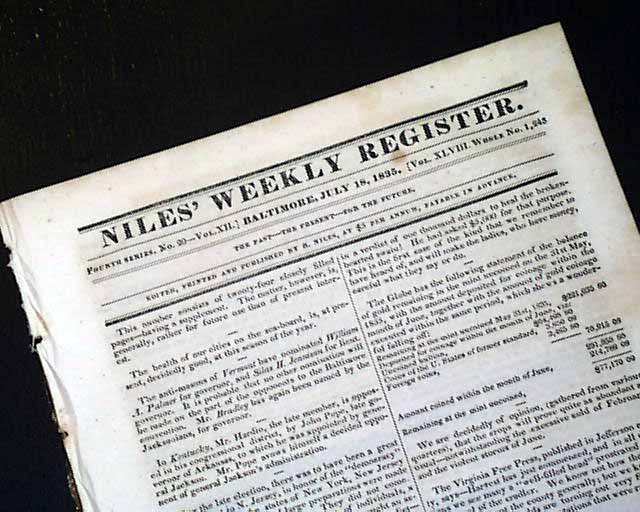 The prime content in this issue would be the complete printing of the: "Constitution of the State of Michigan" which takes almost four pages and concludes with the signatures in type of the various members of Michigan's congress. This constitution would be approved by Michigan residents in October, but statehood would not come until early in 1837 as their was a boundary dispute with Ohio concerning land around Toledo, known as the "Toledo War". This document was an important step towards statehood.
This issue also have nearly eleven pages of text on the: "Debate On Executive Patronage" (see for the beginning)
Complete in 24 pages, 6 by 9 1/2 inches, nice condition.