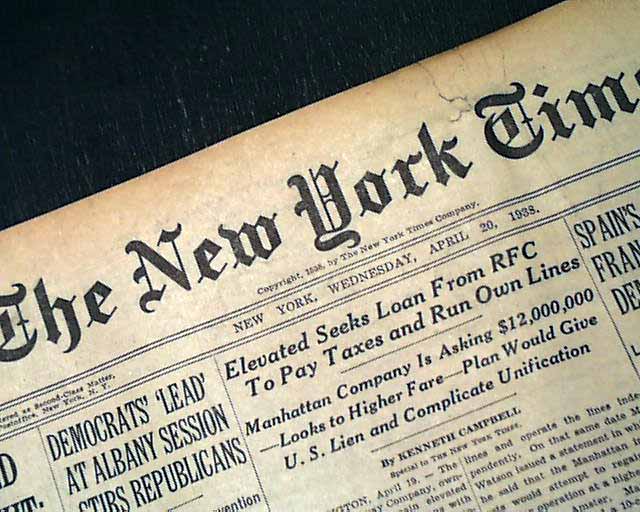 This 46 page newspaper has a five column headline on page 28: "Six-Run Rally in Eighth Wins for the Dodgers" with subheads that include: "Koy Gets Circuit Smash" "Delivers Initial Time at Bat in Big League Game, As Does Mueller of Losers" and more with related photos. (see)

Tells of Ernie Koy and Emmett Mueller hitting home runs in their very 1st time at bat in the Major Leagues. This was the only time this happened with two different players in the same game.

wikipedia notes: After signing with the New York Yankees, Koy's contract was sold to the Brooklyn Dodgers on April 15, 1938. He hit a home run in his first at bat with the Dodgers on April 19, and played 142 games that season as an outfielder and one game as a third baseman. He finished the year ranking second in the NL with 15 stolen bases, and ninth with a .468 slugging average.