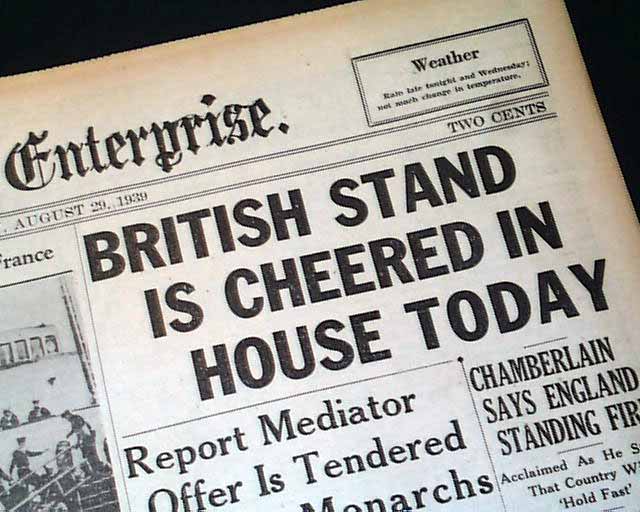 This 8 page newspaper has a three column headline on the front page: "BRITISH STAND IS CHEERED IN HOUSE TODAY" with subheads and related photo. More  inside.

Other news of day throughout. Lite browning with little margin wear, otherwise in good condition..