Home > Back to Search Results > 1958 World Series of baseball...
Click image to enlarge 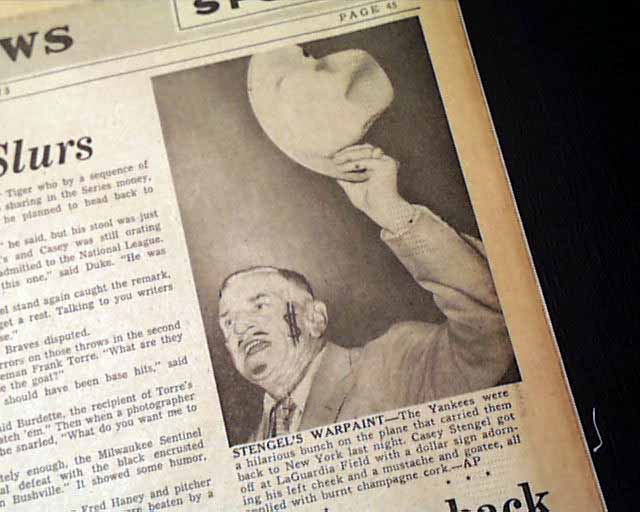 This 50+ page newspaper has various headlines and photos on the front page of the sport's section (inside) concerning the final game of the 1958 World Series in which the New York Yankees became World champions.

See photos for some of the text. Box scores on the following page.

Other news of the day throughout. Light browning with some small binding holes along the spine and minor margin wear, otherwise in good condition.