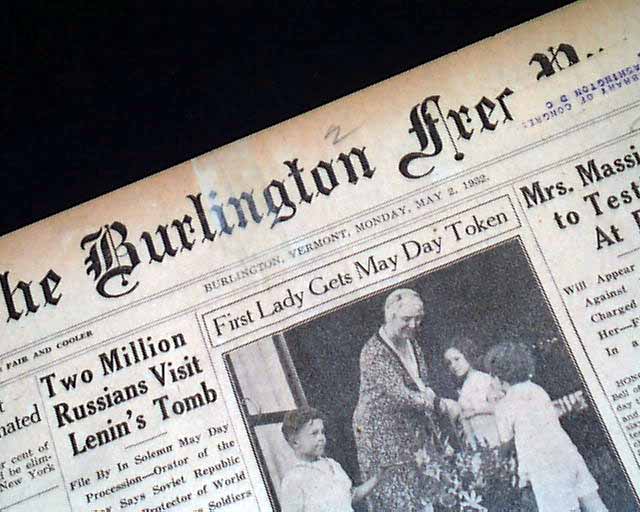 
THE BURLINGTON FREE PRESS, Burlington, Vermont, May 2, 1932  This 16 page newspaper has a small one column headline on the front page:

This tells of Al Capone's last attempt to avoid prison. His 11-year sentence would be upheld on this day.

Other news of the day. Light browning with address label and tape mend within the masthead and little spine wear, otherwise good.