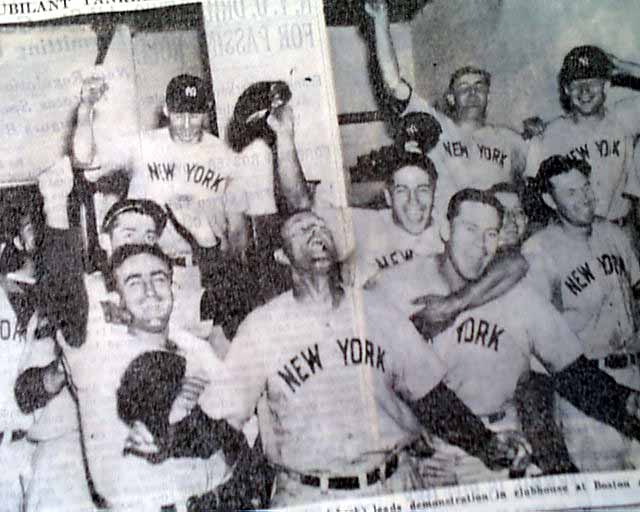 Also box scores and related photo. Tells of the New York Yankees capturing their third straight pennant. It is the earliest date in baseball history a team has captured a flag. Great to have in this NYC title.

wikipedia notes: The New York Yankees' 1941 season was the 39th season for the Yankees. The team finished with a record of 101-54, winning their 12th pennant, finishing 17 games ahead of the Boston Red Sox. New York was managed by Joe McCarthy. The Yankees played their home games at Yankee Stadium. In the World Series, they beat the Brooklyn Dodgers in 5 games.

Books and songs have been written about the 1941 season, the last before the United States became drawn into World War II. Yankees' center fielder Joe DiMaggio captured the nation's fancy with his lengthy hitting streak that extended through 56 games before finally being stopped. A big-band style song called Joltin' Joe DiMaggio was a hit for the Les Brown orchestra.