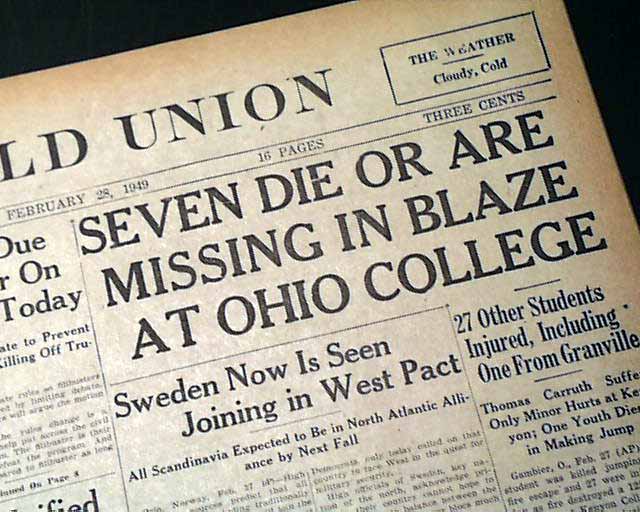 This 16 page newspaper has a three column headline on the front page: "SEVEN DIE OR ARE MISSING IN BLAZE AT OHIO COLLEGE" with subheads. (see)

Tells of the 'Old Kenyon' dormitory fire at Kenyon College in Gambier, Ohio. This site is famous for many ghost sightings of the students killed in the fire. Nice to have in this famous NYC title.