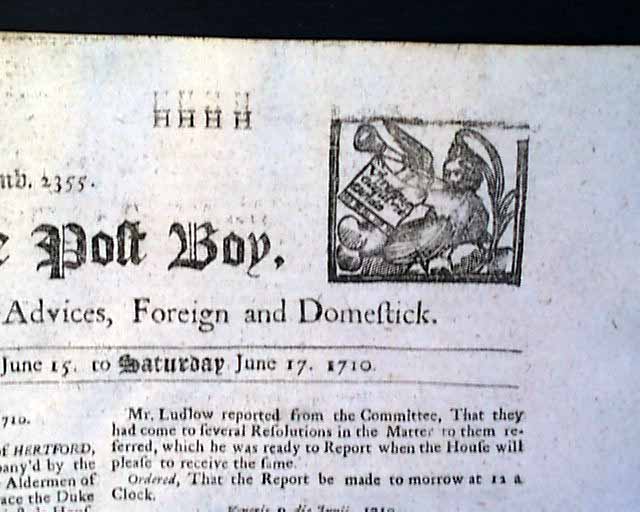 
THE POST BOY, London, England, June 17, 1710  This newspaper ranks among the more displayable titles from the eighteenth century, and is very early as well. The masthead features two engravings in the corners, one of a mounted newsboy trumpeting the news, and the other of an angelic figure doing the same. Some of the news reported in this issue is of a petition of the master gun-smiths in Dublin and other parts of Ireland for the security of the same. From Falmouth, the reporting of a French Privateer. Under the "Advertisements" is a notice of "Went away from their master, on Wednesday the 14th instant, two boys..." which continues on to provide the description of them and their names, presuming that they were straggled on Ship Board.

A single sheet newspaper containing various news reports from Europe with part of the back page column taken up with advertisements, this newspaper measures 8 by 14 inches and is in very nice, clean condition.