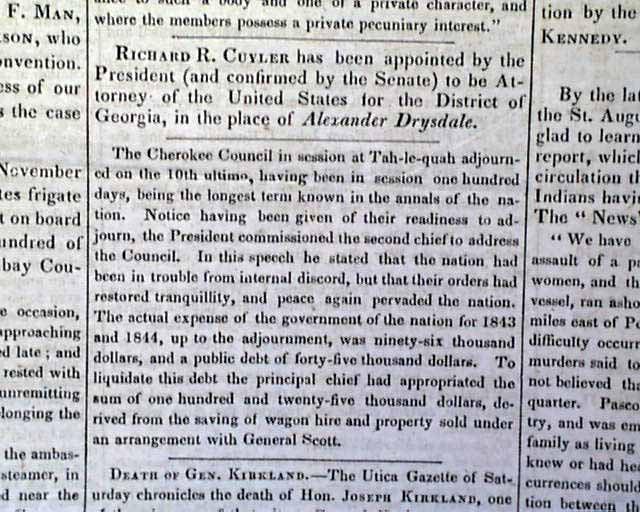 
NATIONAL INTELLIGENCER, Washington (D.C.), February 13, 1844  The frontpage of this issue contains reports on "The United States Ship Princeton" which had left from Philadelphia having in tow the brig Caraccas, bound for Laguayra, however incurring difficulties due to ice. "The Cherokee Councill in session at Tah-le-quah" reported that it has adjourned after 100 days. This issue also includes a broadside "Supplement to the National Intelligencer" which is the "Speech of Mr. Stephens, of Georgia, on the right of members to their seats in the House of Representatives".

This is complete in 5 pages with some scattered lite foxing, otherwise in good condition.