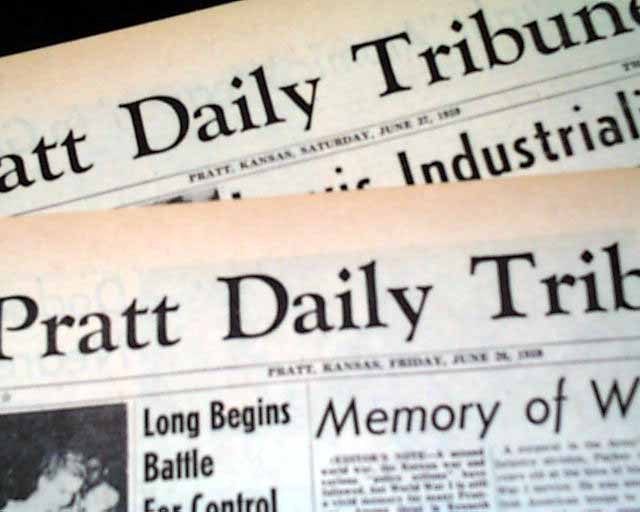 You also get the June 26th issue which has pre fight news with photo. (see)

Other news of the day. These issue are 8 pages each with minor margin wear, otherwise good.

wikipedia notes: Jens Ingemar Johansson (September 22, 1932 – January 30, 2009) was a Swedish boxer and former heavyweight champion of the world. He defeated Floyd Patterson to win the World Heavyweight Championship. As a result, Johansson won the Hickok Belt as top professional athlete of the year in 1959 and was named the Associated Press Male Athlete of the Year and Sports Illustrated magazine's "Sportsman of the Year".