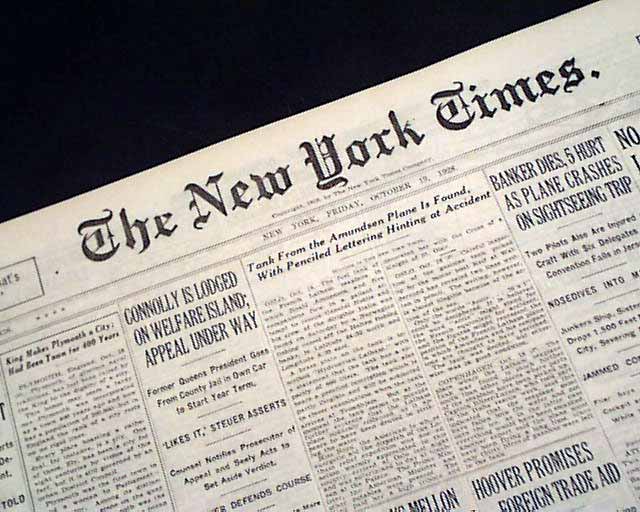 
THE NEW YORK TIMES, October 19, 1928 This 48 page newspaper has one column headlines on the back page: "Hickman Must Die Today" "San Quentin Warden Rejects a Sanity Board for Slayer".

Tells of the upcoming execution (same day) by hanging of William Edward Hickman for the murder of 12 year old Marion Parker after kidnapping her.

Other news of the day. Rag edition, little irregular along spine, otherwise in very nice condition.