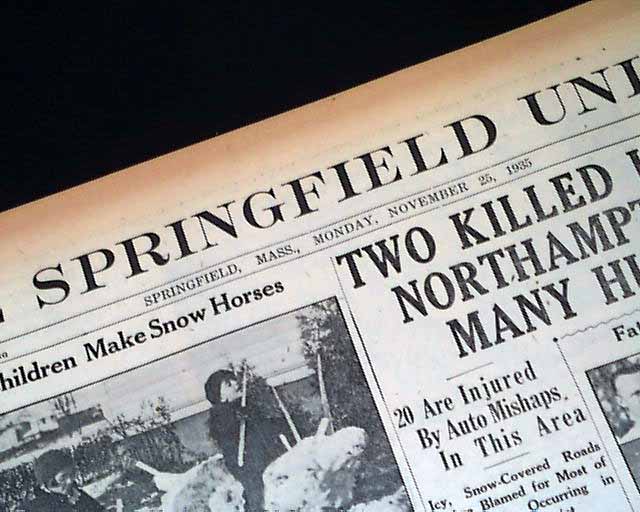 Tells of the maiden flight of the first commercial flight across the Pacific Ocean.

Other news of the day throughout. Little margin wear, otherwise in good condition.