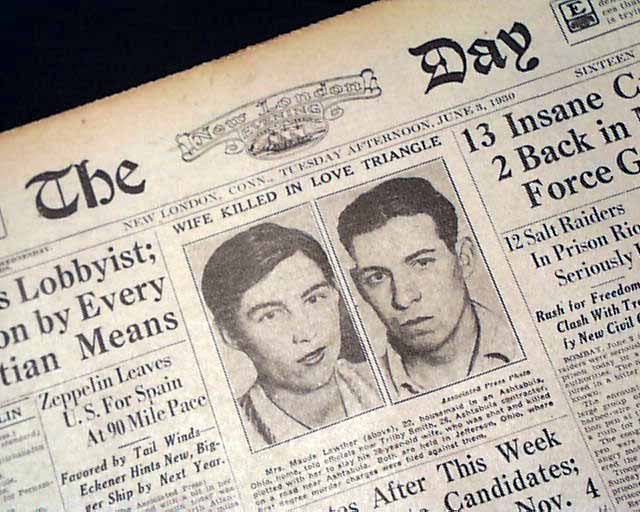 This 16 page newspaper has a one column headline on the front page: "200 Rounded Up By Chicago Police After 8 Killings"

Tells of the Fox Lake, Illinois gangster raid which many consider to be a retaliation for the infamous St. Valentines' Day massacre.

Other news of the day. Light browning, minor wear, otherwise in good condition.